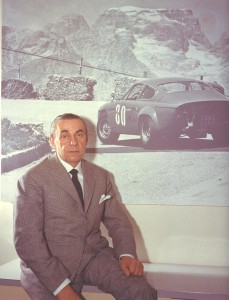 Carlo Abarth began his well-known association with Fiat in 1952, building the Abarth 1500 Biposto upon Fiat mechanicals.

In the 1960s, Abarth & C. S.r.l was quite successful in hillclimbing and sports car racing, mainly in classes from 850cc up to 2000cc, competing with Porsche 904 and Ferrari Dino. Hans Herrmann was a factory driver from 1962 until 1965, winning the 500km Nürburgring in 1963 with Teddy Pilette

Later, Johann Abt, who would later go on to found Abt Sportsline, was promised by Carlo Abarth that he could drive a factory car for free if he won all the races he entered which Abt nearly did, winning 29 of 30, the 30th being in second.
Along with its racing cars, Abarth produced high-performance exhaust pipes. Later, Abarth diversified in producing various tuning kits for road vehicles, mainly for Fiat. While there were many competitors in this segment, such as Giannini, Abarth has largely dominated the Italian tuning market since the sixties. Abarth was also associated in producing sports or racing cars with Porsche and Simca.

Abarth was sold to Fiat on July 31, 1971, and the racing team sold to Enzo Osella. Abarth became the racing department of Fiat, managed by famed engine designer Aurelio Lampredi. Some models built by Fiat or its subsidiaries Lancia and Autobianchi were co-branded Abarth, the most famous being the Autobianchi A112 Abarth, probably the most popular “boy racer” vehicle of its time on account of its lightness and low price. Abarth also prepared Fiat Group’s rally cars like Fiat 124 Abarth and 131 Abarth. In the 80s Abarth name was mainly used to mark performance Fiats like Fiat Ritmo Abarth 130 TC. The name was almost forgotten in 1990s and in 2000s it was used like a trim/model level on FIAT cars, like the FIAT Stilo Abarth.
In 2007 Fiat Automobiles SpA relaunched the brand with the 500 Abarth, Grande Punto Abarth and the Grande Punto Abarth S2000. The brand is to be seen as a separate division to the main Fiat brand in a similar way that the Renault Sport brand is to the mainstream Renault. It is based in the Officine 83, part of the old Mirafiori engineering plant. The company CEO is Harald Wester. 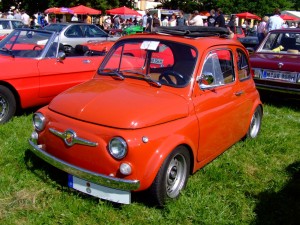 After years of sports competing on the continent, competition organisers announced the launch of a new Abarth 500 GB series for 2010. The competition was to represent a new high profile sponsored race series, which was staged at Oulton Park, Cheshire, on 3–5 April 2010. Building on the success of its namesake Italian and European series, the GB competition brought together a plethora of driver-talent from across the UK. The GB series was developed by the competitors for the competitors; by the sponsors for the sponsors, and by the fans for the fans. All Abarth Assetto Corse (limited edition) cars are built in Turin, Italy, and are checked to the highest standards. They are also subject to a shakedown and test at the Fiat Group proving ground in Balocco.

This is a MANUS creation